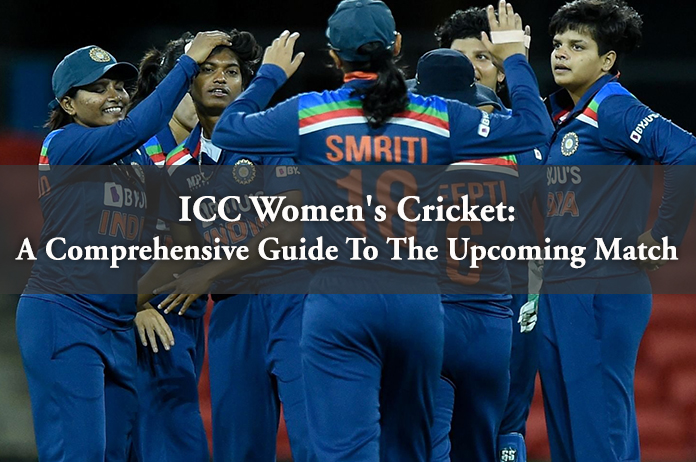 ICC Women’s Cricket: A Comprehensive Guide To The Upcoming Match

The World Cup tournament conducted by the prestigious governing body, the International Cricket Council (ICC) is one of the oldest championships in the cricket world. The first edition of the ICC World Cup for women matches was played in England in 1973 where 7 teams participated in the tournament.

The event was organised at irregular intervals between 1973 & 2000. Since 2005, there has been a 4-year gap between the tournament.

Among all the squads of the participating nations, Australia’s women’s cricket team dominates the World Cup winners’ list, holding seven titles in their name. They are also the team getting 3 feats in a row.

In the list of winners’ of women cricket matches in the World Cup, England comes in the second position with four titles on the crown. The New Zealand Women’s cricket team is on the 3rd in the queue and the last team to win the Women’s World Cup.

The Indian Women’s cricket team made their debut in the Women’s World Cup as the hosts in 1978. They have played in 9 editions and the best result was being the runners-up finishes in 2005 and 2017.

Currently, India’s women’s team is playing the One Day Internationals (ODIs) matches against England which commenced on September 18 and will end on September 24, 2022.

With the brilliant performances of the women players, women’s cricket is enjoying significant success and appreciation all around the world. The women’s series has showered a lot of opportunities for bettors in the cricket betting market. If you are willing to kickstart your betting journey, you must keep up with the latest cricket updates on women’s cricket and the previous stats of the women’s teams in cricket tournaments.

The ODI series of India vs England started on September 18 in which India’s women’s cricket team beat England by 7 wickets. The second ODI match will be held on September 21.

Players you can bet on in India Women:

In the ODI format, England women have performed in a phenomenal format. They knocked out South African women by 3-0 in an ODI series in July 2022. Before this women match, England women qualified for the Women’s ODI World Cup finals but got defeated by Australia.

Players you can bet on in England Women:

Here are the playing squads in the ODI series for the bettors:

Women’s cricket team has always been in wonderful form and the players in the squads leave no room to keep away the fun and excitement. For gamblers, women matches are becoming a great source to earn huge while betting online. Be it ICC World Cup, ODI, or T20 series, you get a bucket full of events to bet on cricket matches.

To bet wisely, you can check the latest cricket updates and free cricket betting tips with CBTF. For any information, stay tuned!